We all have them. Let's discuss the differences between corporate and personal.

So What is the difference between Corporate and Personal tax returns? 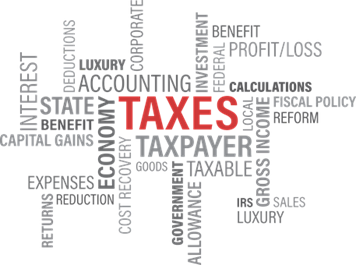 No doubt you have asked that question before, “Why do I need to file a separate return for a corporation or partnership, and what is the difference from my personal return”? The answer is simple: because in the eyes of the IRS and the states, all corporations and partnerships are a separate legal entity, detached from its owners, and is responsible for providing a return showcasing all activity for the year. Unless your business is a single member LLC or sole proprietorship (more on that later), all LLCs and corporations will file a separate return with the IRS and states who require them.

So, what is the difference between those separate returns and a personal tax return? It comes down to how the income is taxed. Partnerships and S-corporations are known as “flow-thru entities”, which means all the income the business earns, flows through as an income item on the owner’s personal return, much like W2 wages do. To use an example, say your S-corporation that has two equal shareholders and earns $100k after all business expenses have been paid. The S-corp will not pay taxes on that $100k itself, but will split that income to all shareholders based on percentage of ownership, so in this case each shareholder will be assigned $50k of income, which they will each report on their personal returns, and be taxed on that $50k based on their individual tax rates.

“What about the Single-Member LLCs and Sole Proprietorships you mentioned?” Those are also considered “flow-thru entities”, but they do not require a separate return. Those businesses are attached to the owners’ personal return on the Schedule C. These types of business can only have one owner, so there is no income split between owners, like the S-corps and partnerships. If you have a sole proprietorship or single-member LLC, it might be worth checking into becoming an S-corp, which will allow you to avoid the dreaded “self-employment tax”. You can get more information on the benefits of an S-corp organization in our “Tax Planning” section of the Halon VIP Help Center.

The last type of return is the C-corp return. If you have a c-corp, you probably know it, because its owners are victim of “double taxation”. When a C-corporation earns income, like the S-corp and partnership, it is reported on a separate return. The difference is the C-corporation itself pays income tax on its earnings, before any distributions to owners. Then when the earnings, which have already been taxed, are distributed to the owners, the owners pick up that distribution as income on their personal return. To use the same example above, if a C-corporation earns $100k, the corporation must pay income tax on that based on corporate tax brackets. Let’s say in this example the corporation is taxed $25k on that income, leaving $75k to distribute to its owners. If that C-corp has three equal shareholders, and distributes $25k to each, those shareholders must record that distribution as income on their personal returns. As you can see, each dollar of income in a C-corp is taxed twice before it gets to the owner’s hands. The good news is many small businesses qualify to be treated as an S-corp, and can avoid the double taxation of C-corps.